The Alpha Dog: How To Control Your Pet's Dominant, Unruly Behaviour

You and your family (including the kids) must be the alpha dog in your pack.

Let this slip, and behavioural problems such as growling, challenges and biting may follow. Learn how to teach your dog where he sits in your pack and reinforce your role as top dog!

A Gentle Word of Warning

As you read through this article, please bear in mind that setting and enforcing these recommended guidelines and boundaries for your Cocker should be done gently and kindly. No rough stuff. 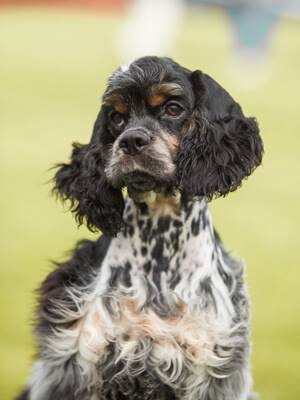 Alpha dog training isn't about control or power. It's not about fear and intimidation either, but about teaching your dog good manners and helping him to fit into our human world.

It's about improving his life as well as yours!

What Is An Alpha Male?

An alpha dog is the leader of an animal pack, but this role isn't necessarily held by the male; there are many alpha females leading packs, too, just like in our human world!

However, in the domestic household, the alpha position should always be held by a human, especially if you want an easy life!

I have a question for you.

Who's the boss in your household? Is it you, or is it your Cocker Spaniel?

Consider this question carefully and be honest with yourself, are you really the top dog or is 'Mr Bossy Britches' ruling the roost?

If your pooch is the alpha dog or thinks he is, you may be heading for trouble and need to do something about it!

If you're not exactly sure who is top dog, or even what the term means, read on to learn more about the traits of an alpha male.

The Alpha Dog Calls The Shots!

Basically, the alpha male is the one who 'calls the shots', and as I've already said, that should be you, not your Cocker Spaniel!

Your pet needs to understand that you are the leader of his pack. Your Cocker Spaniel needs to accept that his place in the hierarchy is below all family members, including all children, even babies.

If there are other dogs at home, they'll probably settle their own hierarchy between themselves, so long as they understand and accept where you and your family are placed in that hierarchy.

It's essential to show your Cocker Spaniel that you are the alpha dog (right from the early days) because if he sees a weakness in your leadership, he may try to challenge you for the role. 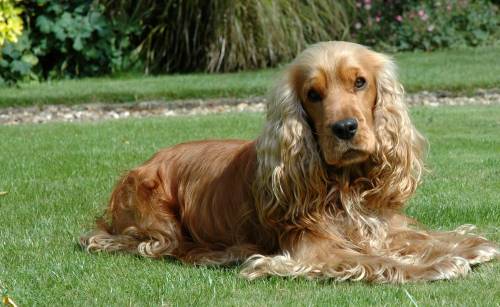 If your Cocker isn't unsure of his status within the pack, he may become unsettled, anxious and frustrated.

And it's this frustration and anxiety that can lead to undesirable alpha dog behaviours such as growling and snarling, food aggression, resource guarding, air snapping or snapping at fingers, and barking.

And because your 'pack leader' won't be able to protect you while you're away from home, he may also develop separation anxiety.

If your Spaniel begins to show unwanted alpha dog behaviours, you could be heading for trouble.

If you notice any alpha traits developing in your puppy (or worse, your adult Cocker), you need to take remedial action; otherwise, your dog may learn that his behaviour knows no bounds!

If your pet is becoming aggressive, or has bitten someone, be sure to seek the assistance of a qualified canine trainer or animal behavioural therapist.

Do not attempt to remedy aggressive dog behaviour yourself.

How To Be The 'Alpha Dog'

There are many ways in which you can help regain and/or reinforce your role as the pack leader.

Follow these rules consistently, and there'll be no confusion; your Cocker Spaniel will understand that YOU are the 'ALPHA DOG'.

Whilst I recommend you stay away from using the Alpha Roll, I mention it first in the hope that it will stick in your mind and you won't ever use it.

Some trainers recommend the 'Alpha Roll' to keep dominant dogs in check.

NEVER, EVER, perform the 'Alpha Roll' on your dog.

It's where the dog is rolled onto its back and forced to stay there.

It is outdated and cruel, but it's extremely dangerous too as it can make your dog fearful of you and cause him to mistrust humans and, even worse, bite.

Dogs need to satisfy their instinct to run with their pack.

One of the most effective ways to reinforce your role as the alpha male (or female) is to take your Cocker Spaniel for plenty of walks.

There are some basic rules I recommend you follow when walking with your dog: 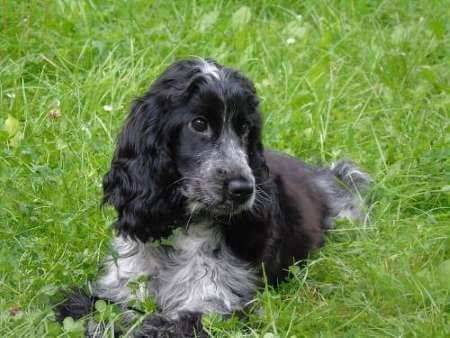 Your main goal here is to keep your Cocker focused on his walk and keep him by your side, or slightly behind you, and by walking him each day, you're not only satisfying his basic need to migrate with his pack but, more importantly, you're also reinforcing your status as the alpha 'male'.

Another alpha dog trait is for the leader to control when the pack eats, so whether you feed your Cocker once or twice a day, it's best to do so at specific times each day and not when he 'demands' it.

If your dog is food guarding, you may need to change how you feed your pet until his food aggression is resolved.

You decide when it's feeding time - not the other way around!

The alpha dog always eats first, so you should always eat before your Cocker. Whilst this may not always be practical, you may be able to 'con' him into thinking you're eating first by trying a little 'role play'.

Place a cracker next to his bowl while preparing his meal, then eat the cracker. Even better, pretend you're eating the cracker from his bowl.

Don't be tempted to feed your pet scraps from your plate while eating at the dinner table. Instead, any leftovers should be put into his food bowl and given to him at his next mealtime.

An alpha male always leads the way, so never allow your pet to walk through a doorway before you. The same applies to going upstairs.

If your pooch rushes through a doorway before you, call him back and make him sit. Step through the door and then release him, but be consistent, don't allow him to get away with any alpha dog behaviour; otherwise, it will become a habit.

When Max was a puppy, I taught him to 'Sit' and 'Wait' so that I could walk through doorways or go up or down the stairs first. He now does this automatically, and it's so sweet to watch.

This is one tired cocker spaniel!

You might find these (controversial) articles on sleeping dogs interesting. They consider whether it's safe to allow our dogs to sleep on our beds and offers arguments both for and against.

At the end of the day, though, I believe it comes down purely to personal choice based on your dog's temperament.

When dogs make eye contact with an alpha dog, the lower ranking of the two will always look away first. A stare is a challenge in the dog world, so a weaker dog's natural instinct will be to look away unless he wants to challenge the alpha dog for his position.

So when a human stares at a dog, it's possible that there may be situations where the dog could view this as confrontation.

If the dog is dominant and has not been well-trained, where it feels threatened, he may stare back at you and begin to growl, and it may escalate to further aggressive alpha dog behaviour.

If the dog is submissive, he will back down by looking away, moving away, laying down, or he may roll over and raise one leg, or he may pee himself.

These behaviours are submissive and are intended to show the alpha dog that he's harmless and isn't being challenged.

However, the following is my view on the subject for what it's worth.

It's important to realize that the majority of Cocker Spaniels will never display this sort of behaviour, but it's best to know how to deal with it should it ever arise.

Top Tips On How To Be The Alpha Dog

I often get emails from worried owners whose dogs are becoming out of control. Their 'manners' have slipped, and they're not responding to simple obedience commands such as 'sit' or 'down'.

Some are even edging towards being aggressive!

I often advise the following to get things back on track:

Most Of All, Be Confident!

Dogs are sensitive to human emotions; they know when we feel threatened, frightened, insecure, anxious, nervous, happy or sad.

If you're frustrated and angry about your Cocker's behaviour, he'll know, so chill!

Alpha dogs are pack leaders, they're calm, confident and strong, and you need to behave the same way.

By following the above guidelines confidently and consistently, your dog will begin to understand his place in your pack, AND HIS MANNERS WILL IMPROVE!

Be confident, walk tall and let your dog see your positive body language - you are the alpha dog!

There's a lot of talk at the moment questioning the concept of the alpha dog. The argument is that this role existed in the wolf but no longer exists in our domesticated dogs.

Bristol University is convinced that "using dominance to explain (aggressive) dog behaviour is old hat". They refer to a paper "Dominance in Domestic Dogs - Useful Construct or Bad Habit?" which suggests that dogs aren't motivated by their role or hierarchy in a pack environment.

Victoria Stilwell, the famous 'TV' dog trainer, also subscribes to this theory, but I genuinely believe that may be true, but the jury's still out for many others.

Dogs enjoy living in a pack (read family), and just like in any family, there must be rules. If your Cocker Spaniel wants to live with (and fit into) your pack, he must learn and follow the rules. If you don't teach him what those rules are, he'll make up his own, and that's when behavioural issues arise.

Even if the concept of the 'alpha role' is eventually blown out of the water, I firmly believe that if you follow the above advice, you will have a very well-mannered Cocker Spaniel - and that can't be too bad, can it?