Training A Puppy To 'Drop It'!

Training a puppy to "Drop It!" is essential and could help to keep your Cocker from harm. This article gives you all you need to teach your puppy to drop whatever's in his mouth the minute you ask him, and without hesitation!

Training Your Puppy To 'Drop It!'

When training a puppy it's important that the "Drop It!" command is amongst the first few commands that you teach him. 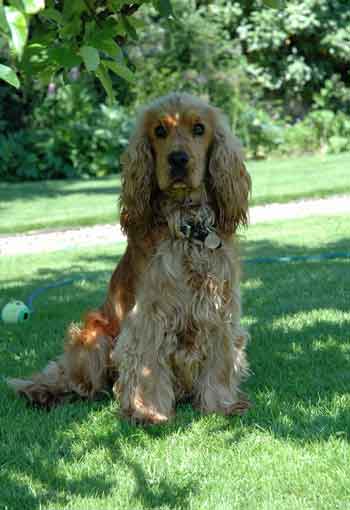 There are several good (and obvious) reasons for this.

If your Cocker picks up something that you really don't want him to have, his understanding of the 'drop it'! command is essential.

Situations where you might want to use this command:

Your eventual aim will be for your puppy to drop immediately whatever he has in his mouth the moment you give the command. Easier said than done, huh?

So, the sooner you begin, the better!

Stage 1: Training A Puppy To 'Drop It!' On Command

Decide what you are going to use as training treats.

I'd recommend something really tasty, for example, cheese, chopped chicken, liver, or hot-dog; something he would willingly trade his for.

Stage 2: Training A Puppy To "Drop It!" On Command

Once your puppy is happily opening his mouth and letting go of what he had, it's time to mix it up a little!

When you're puppy training it's important that you begin to gradually remove the use of treats otherwise your Cocker will only ever work for treats. He may also become overweight!

Try rewarding your pup with a food treat one in every three times he gets it right.

Keep up with the praise and/or give him his toy to play with because these are also forms of reward for him. It doesn't always have to be about food.

You'll be glad you did this if you find yourself in a situation where you don't have any treats with you, but desperately need him to drop something. This is where rewarding with praise pays off.

Tips On Training A Puppy

Here's a few tips on how to get the best out of your puppy's training. As with all dog training, continue with these exercises from time to time to help keep his manners 'fresh'. 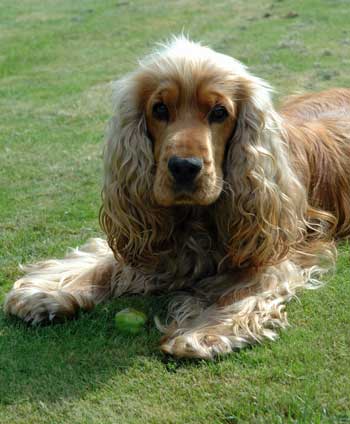 I hope you've found this article on training a puppy to "Drop It!" useful.

I'm confident you'll use it many times!

So, if you've reached the end of this page I'm guessing your puppy will now drop whatever's in his mouth the minute you ask him to.

More importantly, you should be able to do this without the use of treats as a bribe!

Don't forget to keep practicing all his puppy obedience commands to keep his training strong.


If your puppy won't listen to a word you say, this is for you!  Begin training your puppy right now and follow these top training tips to help you get the best out of your Cocker Spaniel pup.

If you enjoyed this page, please click on the 'Like' button below and tell your friends about us. Thank you.

If you have a comment or you'd like to ask a question about what you've just read, please have your say below. Looking forward to hearing from you soon!