Are you worried your dog is showing signs of Cocker Spaniel rage syndrome? How can you be sure it isn't simply a case of bad behaviour? Do you know how to spot the signs of Cocker rage?

Learn how to tell if your pet's aggressive 'episodes' are actual indications of this very rare but scary form of canine aggression.

Cocker Spaniel rage syndrome is not as common as you may think; in fact, it's pretty rare!

It's well-documented that the Cocker Spaniel's temperament is loving and gentle. However, over the years, there have been some recorded cases of Cocker Spaniel rage within the breed. 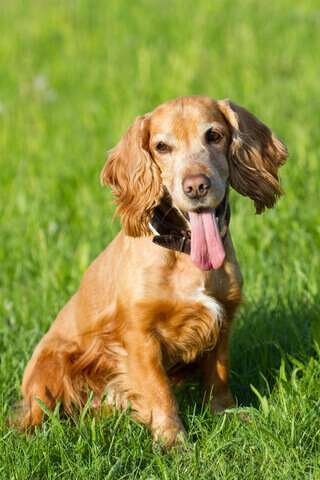 What Is Cocker Spaniel Rage?

Cocker rage can be described as unexpected, unexplained aggressive dog behaviour, or a sudden, vicious attack, for no apparent reason, towards the owner or whoever is near the dog at the time.

It's important to understand that rage syndrome in Cocker Spaniels is the exception rather than the norm.

However, when rage syndrome is present, it's more likely to be seen in males and in show breed dogs rather than working Cockers, and the condition is almost always reported in solid-coloured dogs (golden/black etc.) rather than in parti-colours.

If you're worried it's going to happen to your pet, please don't. Rage syndrome in dogs really is a rare condition.

On the extremely rare occasion that a Cocker Spaniel is affected by this rare syndrome, the condition would ordinarily show itself during your Cocker's puppy months, often around 8 months.

What Are The Symptoms Of Cocker Spaniel Rage?

Cocker Spaniel rage offers no pattern of predictable behaviour, unlike aggressive dog behaviour (such as resource guarding, dominance, etc.), which can be easily re-created.

For example, if you try to remove a bone from, say, a resource guarder, you would almost certainly trigger an aggressive reaction from the dog. However, I strongly recommend you don't try this!

Although conclusive scientific evidence has yet to be offered, there are several theories regarding the cause of Cocker Spaniel rage: 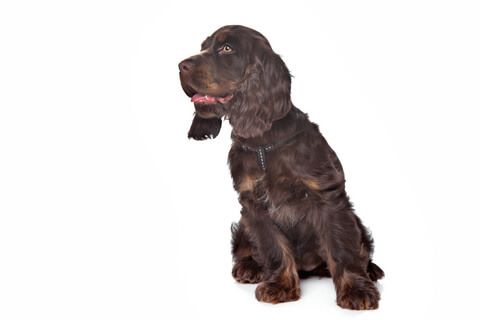 The bottom line is that many theories are offered; however, no one really knows for certain what causes Cocker Spaniel rage syndrome.

I believe genetics may play a part in this, which is why it's imperative to find a good breeder who breeds on temperament and thoroughly checks the breeding pair's history.

This will go some way to ensuring that Cocker spaniel rage is kept very much at bay!

If your dog shows signs of aggressive behaviour, it's more likely to be another form of aggression, not Cocker rage.

It may be, for example, dominance aggression, resource guarding (guarding toys or food) or related territorial behaviours.

With resource guarding, for example, your dog may become aggressive when someone gets too near his food bowl while eating (dog food aggression).

If he growls in protest when you ask him to get down from the sofa or your bed, he may be trying to challenge your status.

Or it could simply be down to general bad behaviour. I won't apologize for repeating this, but rage is rare in Cocker Spaniels. 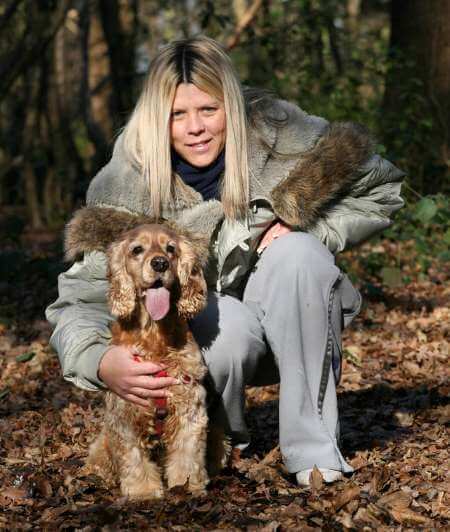 This golden Cocker Spaniel is enjoying his walk today!

However, if you suspect your dog is showing signs of Cocker rage, I strongly recommend you speak to your vet as soon as possible and explain your concerns.

Don't try to diagnose aggressive dog behaviour without referring it to your vet.

Severe cases of aggression in dogs are often incorrectly diagnosed (by owners) as rage syndrome.

Sometimes this results in the dog being unnecessarily euthanized when the problem could have been resolved quickly and easily with good training. This is a crying shame.

When you visit your vet, go armed with a note of all the symptoms and events that lead you to believe your dog's aggression is Cocker rage. List everything that happened before, during and after an alleged rage episode to give your vet a better understanding.

It would be even better to get it on video, but that may not be easy.

Your vet may be able to diagnose it himself, or he may refer you to someone who specializes in animal or canine neurology.

On the positive side, he may confirm that the problem is simply a training issue and recommend a dog behavioural therapist or a trainer in your local area.

Treatment For Rage Syndrome In Dogs

If your vet confirms that your dog has Cocker Spaniel rage syndrome, it may be possible to treat the condition with medication, such as anti-epileptics.

Unfortunately, all dogs respond differently to treatment, and medication may ultimately prove ineffective.

Because of the unpredictable nature of this condition and for the sake of safety, sadly, the only other alternative is euthanasia.

The Cocker Spaniel temperament is generally very gentle and loving in nature; they're biddable dogs and make excellent pets and companions. Please don't be put off getting a Cocker Spaniel; just make sure you buy from a reputable breeder.

How Can I Prevent Rage Syndrome In My Cocker Spaniel?

Me and my family are going to get a cocker spaniel puppy and we don't want any aggression in our dog. What we're hoping for is a very quiet, gentle dog.

How can we prevent rage syndrome in our Cocker puppy? 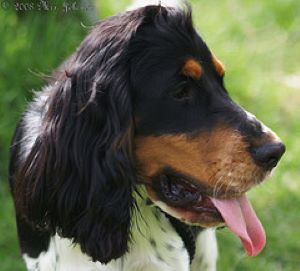 The Cocker Spaniel temperament is gentle

First of all - Cocker rage syndrome is the exception rather than the norm, and although it's not unheard of in Cocker Spaniels, it is very rare.

Many declared cases of Cocker rage are nothing more than an aggressive, badly behaved, and/or poorly-trained Cocker Spaniel.

Of course, you want a healthy Cocker with an excellent temperament. To ensure this, I recommend you buy from a reputable breeder. Follow the link for helpful guidance on how to find a good breeder.

I urge you not to buy your puppy from a pet shop or a puppy farm (also known as a puppy mill) - puppy farms churn out puppies by the hundreds - they're like puppy factories. The dogs and puppies are not given the love or care they need; these puppies very often have health and behavioural problems.

When looking for a good breeder, be sure to do your homework to check that they have the relevant experience and that they're a reputable cocker spaniel breeder. They will be expecting you to ask questions about their dogs and puppies, and they'll also want to know a lot about you, so expect to be grilled!

Here are a few ideas about the questions you should ask cocker spaniel breeders.

Make sure you choose a breeder who breeds their puppies for that excellent Cocker Spaniel temperament - that's always a good start! - but that's not the end of it.

If you want a good temperament, it's also very, very important that you begin socializing your puppy as soon as you bring him home to ensure that he develops into a confident, well-mannered puppy and grows to be a well-balanced adult dog with a great temperament.

Please don't worry about Cocker rage; I promise you, it's not a common condition. Following the above advice will take a long way towards getting a Cocker Spaniel puppy with a great temperament!

Good luck with your choice, and enjoy your puppy.

Yeah, just make sure you get a cocker spaniel with a good temperament - don't go to puppy farms or pet shops, and don't buy from friends!

Treat your cocker gently, and don't shout at him because cockers can be pretty sensitive and need gentle but firm handling.

Do this, and you shouldn't have any problems!